The Hanoitimes – The decision by the government to remove junior colleges and vocational intermediate schools from the Ministry of Education and Training (MOET) and merge them with the vocational training system has raised major concerns. 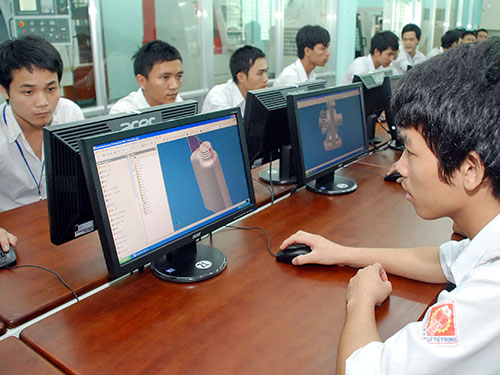 In early September, the government office released the decision of the Prime Minister (who is also chair of the National Committee on Education Renovation) which said that a vocational training system would be established with three levels of training, including primary, intermediate and junior college.

The Ministry of Labor, War Invalids and Social Affairs (MOLISA) will act as the state management agency in charge of vocational training.

The decision has caused a big surprise to the public, which had not heard anything about the plan.

Junior colleges are the top choice for students who fail the entrance exams for university. Students finishing junior colleges can pass credits to continue studying at university and obtain a bachelor’s degree.

Meanwhile, vocational schools (two to three years of training) are not a good choice in the eyes of Vietnamese students and their parents, who think that they will have to take bad jobs with low salaries after they graduate.

However, the PM’s decision has been advocated by educators, who say it is unreasonable to maintain two separate systems put under two ministries, MOLISA and MOET.

Dr. Do Van Dung, president of the HCM City University of Polytechnic Education, noted that the Vietnamese human resource development system remains weak partially because the strength cannot be gathered, but has been distracted.

Dr. Nguyen Thien Tong, former lecturer of the HCM City University of Technology, also noted that the model the Vietnamese education and training system was following is not applied in any other country in the world.

“MOLISA and MOET both have their own training systems, which do not cooperate with each other,” he said, adding that it is necessary to put training and human resource development under one management agency.

However, Tong thinks that it would be better to assign the management task to MOET instead of MOLISA.

Legally, the existing junior colleges cannot be put under the management of MOLISA, because this goes contrary to the Education Law, which says that university education can train both junior college and university students pursuing a bachelor’s degree.